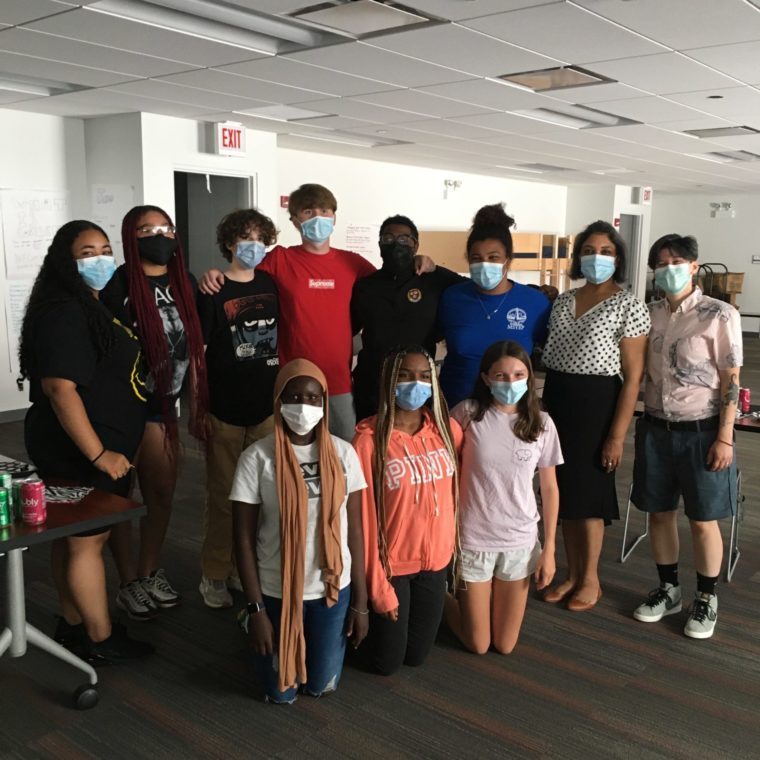 On August 11, YWCA Evanston/North Shore held a graduation of sorts for the 11 participants of its first-ever Summer Youth Leadership Program, which focused on leadership skills and strategies for building healthy identities, relationships, and communities.

The young leaders gathered at the YWCA’s newly renovated campus for reflection and a pizza lunch as their 10-week program, which was conducted largely in-person, came to an end.

“This experience has been so much more than I thought it was going to be,” said Miquel Lerga, one of the participants. “I’m incredibly grateful.”

Lerga and the others in this inaugural class were selected by the YWCA in partnership with the Evanston Mayor’s Summer Youth Employment Program.

Participants were chosen from nearly 40 applicants and were hired as actual YWCA employees, working 30-hour weeks to learn to become advocates and leaders. They ranged from age 14-18 and represented local schools, including Evanston Township High School, Loyola Academy and Beacon Academy.

Said participant Madisyn Bates, “This program has helped me be more social and learn to work with people. I learned how to collaborate.”

“I learned about my personal safety, like consent, harassment and assault. And I learned about places I can reach out to if I need help or if I need to help others with where to go,” said participant Daisy Frazier.

Verda Bhatti, YWCA’s domestic violence training and prevention manager, who led the program, said that although it was a summer job for young people, it also was a leadership training and violence prevention program.

“We were so happy to train and collaborate with these amazing young people to stand up for justice, to be heard, and to positively influence others,” said Bhatti.

She added, “These young leaders brought in so many skills and strengths of their own. It was wonderful to see. We are confident that they will go forth and promote positive social change. They are a remarkable group.”