In observance of the one-year commemoration of the death of George Floyd, we stand with YWCA USA, YWCA Minneapolis, and YWCA St. Paul, who have issued the following joint statement: 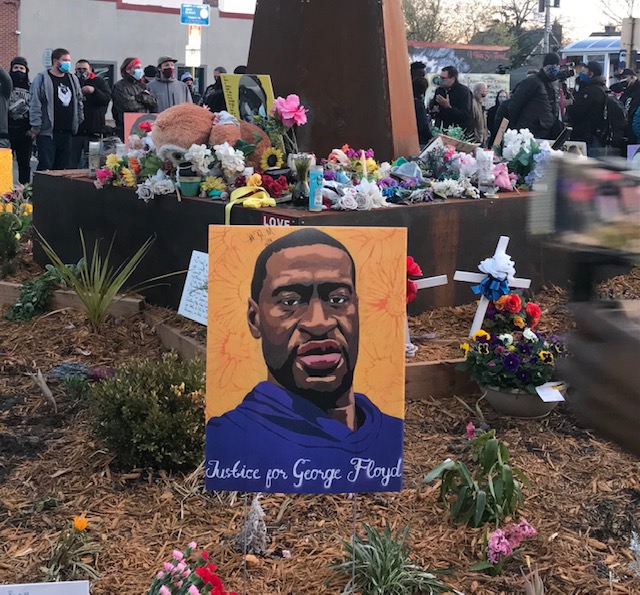 As we observe the one-year commemoration of the death of George Floyd on May 25, we can be sure of one thing: the protests and court proceedings after his murder in Minneapolis may never have happened without the video that was recorded by Darnella Frazier. Her activism sparked the largest protest movement in U.S. history.

A long-overdue racial reckoning began to take place in America as a result. Police accountability bills were introduced in Congress. Americans began discussing what defunding law enforcement actually means. Corporations started recognizing Juneteenth. Mississippi changed its state flag. Tributes and statues to Confederates and others who espoused hate fell across the country. And athletes kneeling during the National Anthem no longer seemed so un-American.

As many nationwide breathed a collective sigh of relief after a jury found former Minneapolis police officer Derek Chauvin guilty in the murder of George Floyd, six more deaths of Black Americans during and after Chauvin’s trial prompted renewed calls for justice and an end to police violence, and reminded us all that there is more work to be done.

“Derek Chauvin’s guilty verdict offered a moment of accountability, respite, and hope. Yet, we know that much more needs to be done to ensure that no more lives are lost as tragically, senselessly, and unjustly as George Floyd’s,” said Elisha Rhodes, Interim CEO and COO, YWCA USA. “We must end racial profiling and demand that the individuals who take the oath to protect and serve be held accountable for their actions when they fail to uphold that oath. Everyone deserves equal protection under the law, and we must take real steps to ensure that happens.”

“Last year, we saw many organizations and individuals grow increasingly sensitive to issues of racial injustice and become activated to create change, ready to take action against racism in all of its forms. One year later, it’s important not to lose momentum. We invite everyone to remember George Floyd today and show respect for his life by reflecting on the past year and recommitting to the fight for justice,” said Jeninne McGee, Board Chair, YWCA Minneapolis.

“We will continue to grieve the loss of George Floyd and so many others who have lost their lives as a result of unnecessary use of deadly force by police. We must continue to push for police accountability and policing reform while working towards healing in our communities,” said Gaye Adams Massey, CEO, YWCA St. Paul. “Our country carries a painful legacy of racism, and we all have a part to play in changing the systems that have marginalized and dehumanized Black people and people of color. We must continue our fight against racism in all its manifestations, whether in policing and criminal justice or other aspects of life such as housing, education, employment, and health care.”

Together with YWCA Minneapolis and YWCA St. Paul, over 200 YWCAs across the country stand united to answer the cry for justice, peace, and dignity for all. YWCA continues to call for dismantling systemic racism and for equal protection and opportunity under the law. By advocating for specific, concrete, and long-overdue reforms, we seek to ensure that not another Black life is taken by police violence. These reforms include ending police violence, increasing transparency, and holding law enforcement accountable when violence occurs.

Actions you can take to join YWCA in the call for justice include:

To keep the movement and momentum going, all Americans must continue to stand together and see each other as human beings. Our democracy requires nothing less from each of us as we continue our pursuit of civil rights, equity, and a world where justice just is.