HomeConsider the violence Black Trans Women face
A- A A+ 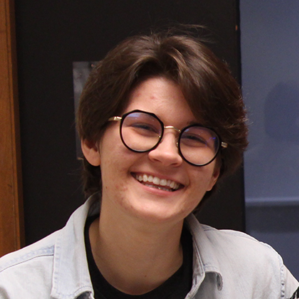 We can continue to honor the LGBTQ+ community beyond Pride month that takes place every year throughout June, and we must if we are working toward equitable and just communities, if we are standing up for Black Lives, and if we consider ourselves to be doing the work needed in our communities.

The violence the trans community faces, and more specifically that Black Trans Women face, is alarming. It’s considered an epidemic, a crisis, but it’s been an ongoing issue for decades. There are reports that track this violence to whatever extent is known. Human Rights Campaign has published annual reports since 2015 on anti-transgender violence. Check out their 2019 report, here.

How can we ensure we’re holding space for LGBTQ+ people in our workplaces (even if we’re remote,) in our homes, our families, our friendships? How can we show up more intentionally for the trans community? How can we recognize, validate, include, and help create positive change?

Here are some things to consider:

Just as we work to address racism and white supremacy in our communities and for some of us in ourselves as well (I say this as a white person,) we must also address transphobia and how we may perpetuate it.

Keep your language gender-neutral. Examples would include:

Introduce your pronouns often and invite others to share theirs. Example, “My pronouns are ____, what are yours?”

If you make a mistake with someone’s pronouns, correct yourself briefly and move on, don’t make it any more awkward. When someone corrects you, say ‘thank you,’ and move on.

Understand that gender is separate from sex, gender is a spectrum, and sexuality can be fluid. We must expand what we know and understand that definitions are not set in stone.

Center for American Progress published findings from a study they did in collaboration with Knowledge Networks in 2017, on how discrimination has impacted lives of LGBTQ+ people. Something I find particularly interesting from these findings (because I work in direct service for people fleeing domestic violence,) is of the people who reported experiencing discrimination in the past year, 70.4% also reported that they used vague language when talking about relationships out of fear of continued discrimination. In general, 42.2% of all LGBTQ people used vague language out of fear of being discriminated against. 36.5% of LGBTQ people in general hid a personal relationship, and out of the group of people who said they had been discriminated against, 62.9% hid a personal relationship. I also realize, that I tend to do these things myself! Read more about this survey and view other statistics, here.

“Brave Space Alliance is the first Black-led, trans-led LGBTQ Center located on the South Side of Chicago, dedicated to creating and providing affirming, culturally competent, for-us by-us resources, programming, and services for LGBTQ individuals on the South and West sides of the city. We strive to empower, embolden, and educate each other through mutual aid, knowledge-sharing, and the creation of community-sourced resources as we build toward the liberation of all oppressed peoples.”

“Center on Halsted is the Midwest’s most comprehensive community center dedicated to advancing community and securing the health and well-being of the Lesbian, Gay, Bisexual, Transgender and Queer (LGBTQ) people of Chicagoland. More than 1,000 community members visit the Center every day, located in the heart of Chicago’s Lakeview Neighborhood.”

“Howard Brown exists to eliminate the disparities in healthcare experienced by lesbian, gay, bisexual and transgender people through research, education and the provision of services that promote health and wellness.”

Check out the LGBTQ page from the City of Evanston’s website, here.