The blissful ignorance of a swim parent

HomeThe blissful ignorance of a swim parent
A- A A+ 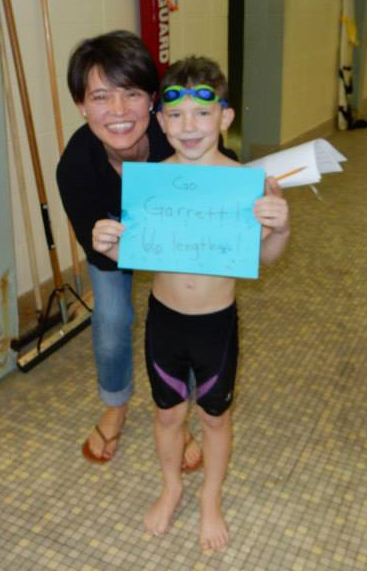 To paraphrase from the book “First Marathons,” a swimmer’s first marathon will forever be imprinted in the mind. At least in the mind of their parent. I remember my daughter’s first swim marathon 5 years ago when she out swam her coach goal by 36 lengths, reported afterward that she was crying while swimming because she hit her head, had Oswald walking alongside her cheering her on, and requested Hecky’s ribs for dinner afterward. I remember telling her jokingly that she was costing me a lot of money because I had pledged $5 per length for every length over her goal. It was some of the best money I ever spent.

The first time you do anything you are blissfully ignorant. I didn’t know that there were so many factors that could add up to the swim marathon being a stressful experience. Outside of the grueling hour, there could be cramps, banged heads and arms, the distraction of too much homework waiting for them, the inability to shake the shivers, leaky goggles, swim caps that slide off, and on and on. If parents feel everything that their child feels, only more deeply, the swim marathon can be a pretty demanding hour of parenting.

So this year as my son approached his first marathon, I found that I knew a little too much to not be anxious. At 6 years old and 42 pounds, could he even swim for an hour? Plus, as the baby of the family he gets coddled a little too much and our family has the distinct impression that he is not “tough.” As is an intention of the marathon, I think, my son’s marathon both confirmed and disconfirmed many firmly held beliefs.

First, he is tough. Whether he realized it or not, he hung in there when the going got tough, which is at about the 35:00 mark. Second, much like dogs, children can smell fear. 🙂 I, quite remarkably, did not project my anxiety onto him. He never quite understood that the marathon is as hard as it really is. Third, he listens. Like when he was told no more arms while doing the backstroke so he wouldn’t run into the wall again or when his coach said one length of the kick board and then two lengths of swimming. Fourth, he will do what it takes to earn a spot at the Flying Fish skating party. His interests are broad and deep and he really wants to skate with Kim. Fifth, the pride he exuded at completion of the marathon is hard to match in any activity at any age.

Now, thanks to the wisdom of whomever originated the Flying Fish swim marathon, I have two first marathons imprinted in my mind. There won’t be any more first marathon imprints for our family, but there will be many more swimming firsts. I am resolved to approach them blissfully ignorant. And I will treasure them all.